Do you know that 1 out of 3 U.S. kids can use a mobile phone or tablet before they talk? In 2013 Dailymail reported that 29% of children use tech gadgets as toddlers and 70% master them completely by primary school age. Surprising? Indeed.

It looks amazing that a 2-year old knows how to use a cellphone or tablet. But is it really good that all those touch screen devices are so wide spread among the growing up generation?

TOUCH SCREEN TOYS INSTEAD OF TRADITIONAL ONES

In 1999 the American Academy of Pediatrics recommend no TV at all for kids under 2 and only two hours a day for older kids. That was before smartphones, tablets and gaming consoles appeared.

Today it’s almost impossible for an average adult to stay away from these technology advances. Just count how many tech devices you have at home. Unlikely that none.

And what our kids should do? For little children, imitation is a major development milestone. Their parents’ behavior is the common object of kids’ imitation games. How should they stay away from gadgets if their parents are stuck to iPads, Kindles, smartphones? 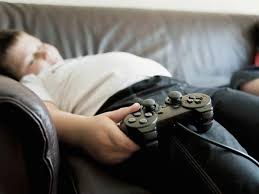 While all agree that technology brings convenience and versatility, there is little information about potential health effects of gadgets. Most parents realize that too much time spent with a touch screen can lead to eye disorders. But is that all?

In 2014, the Association of Teachers in Britain reported that a rising number of toddlers lack the motor skills needed to play with building blocks though they can easily “swipe a screen”. The reason is an “addiction” to tablets and smartphones.

Children whose childhood is “stolen” by gadgets lack physical activity in all respects. In general, kids today prefer spending hours playing with their tablet or cellphone instead of heading outdoors to a park or getting active with friends.

Sedentary lifestyle causes one more acute problem – childhood obesity. Taking a tablet or smartphone to the dinner table, a kid can’t control the normal food intake. Either he or she eats too quickly or too much since they are concentrated on the screen, not on the meal.

Gadgets addiction can affect a child’s sleep. Children too excited with gaming have problems with falling asleep. But the most risks are connected with the mental health of children. Gadgets overuse is always a risk factor for child depression, anxiety, autism, psychos and other problematic child behaviors. The Centers for Disease Control and Prevention stated that over six million US children between 4 and 17 have ADHD. In the last two decades this figure more than doubled to 11% because of the skyrocketing use of mobile devices.

Sounds bad huh? What should we do then? Here are some more recommendations for parents from the AAP: